Lead Your Company Out Of A Crisis 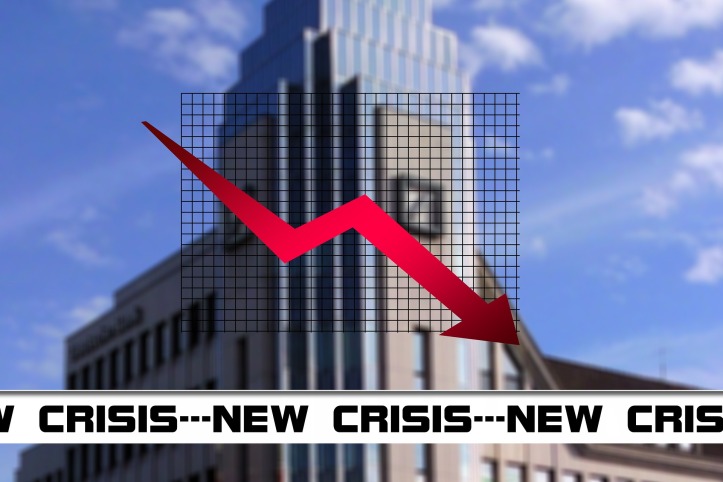 Doug Yakola has seen his fair share of companies in crisis during his time in business leadership. As the Chief Financial Officer of more than a dozen companies, he’s had several what he calls “boiled frog” moments. Companies, he says, are like frogs put in warm water that are slowly heated up. They often don’t realize that anything is wrong until the water’s boiling and it’s too late to escape. It isn’t necessarily down to bad management. It’s often just that the senior management team isn’t able to accept that the world has changed and moved on and their company hasn’t. The power of inertia can be strong in business.

Other companies get into a crisis by not focusing on the right data. They have the right idea, Yakola says, using data to help make decisions. But sometimes the data they are using is not useful when it comes to improving their revenue. Using the wrong data hamstrings companies and causes them to become less and less relevant to the needs of the market.

After having so many near misses himself, Yakola took a step back and asked how ailing companies can lead themselves out of a crisis. Here is some of his hard-won wisdom.

Business leaders often have an eye for talented people. When they find them, they want to keep hold of them at all costs. Sometimes, talented people aren’t the top performers in your organization. But they do tend to be the type of people who know your business inside out and are able to step in when there’s a problem. Yakola says that one of the things he wanted from his employees was honesty and openness.  He wanted to know whether he was making the right decisions in the interest of the company. He valued employees who became disgruntled about the direction the company was taking because they were also the ones who told him that there was a problem.

Talent isn’t just about individual skill at performing tasks in your company. Talent can also be interpreted as a person who is able to see their particular activities in the context of the business as a whole. Companies need people who have their finger on the pulse of business because it’s these people who are able to diagnose problems before they transform into full-blown crises. They understand that the business is bigger than themselves and they won’t pursue their individual sales targets at the expense of the reputation of the business as a whole.

Yakola says that this sort of employee is a rare breed. It’s a person who is both good at what they do and even better at acting in the interest of the company.

Swap Out A Top Team Member

Desperate times often call for desperate measures –  or at least a new approach. Yakola says that during his time in business, he’s had to swap out a few people right at the top of his management hierarchy to solve a problem. It’s not about poor management, says Yakola. During his decades-long career, he’s very rarely had to actually fire somebody because of their incompetence. Instead, it’s about finding people who are willing to try a new approach and making sure that a stale department in your business is reenergized with fresh blood.

Yakola says that it’s hard to get incumbent managers to shift their mindset. When a crisis hits, new thinking is often required. But many managers continue to perform as they always have, and this blocks progress. Unconsciously, they undermine changes in the business because they are committed to management practices which they believe – rightly or wrongly – will generate results. It’s tough to demote somebody or shift them to a new role, but reshuffles are often necessary.

Create A Story Of Change

Companies are usually focused on marketing to their customers. But when a crisis hits and change becomes necessary, it’s also important to market to your staff. Yakola says that every company going through a transition needs a change story. They need to construct a story about why all the change is necessary and why some people are losing their jobs. Change stories help to motivate action and enable employees to understand why you’re making the decisions you’re making.

Yakola has had to invent a few change stories himself. One of the companies he worked for was becoming less and less profitable. He said that his company was profitable, but he told his staff that if the company didn’t change, it would slowly decline. The whole point of making money is so that the extra money can be plowed back into the business, he said. But if changes weren’t made, there wouldn’t be any opportunities to fund new expansion plans or product lines.

It’s important to keep the change story short and sweet. This makes it easy to understand and generates a sense of urgency among staff. If you can’t tell a story in a paragraph or less, you’re doing something wrong.

Crises in companies can happen for all sorts of reasons. Usually, it’s because there isn’t enough money in the bank, but sometimes crises can happen as a result of damage to your property or a terrible workplace culture.

Yakola has had his fair share of crises in business that didn’t involve money – fire damage, for instance. The trick here is to avoid the belief that there’s no value to be derived in getting help. An expert fire damage cleanup company can have the problem sorted in just a couple of days, returning your place of work back to business. Yakola says it’s important not to get freaked out in situations like these. Go to work every day expecting damage to be done. After all, it is inevitable. Like your utility bill, it’s just another cost that you’ll sometimes have to pay.

A more serious problem is when you have a culture problem at work. Culture problems can fester under the surface for years until they finally bubble over and people start leaving the company en masse. Yakola points out that if you have a culture problem at your business, it’s unlikely that it’s going to be solved by your existing management team. After all, they’re the ones who’ve been in charge all this time and have not done anything about it. In circumstances like this, it’s a good idea to seek outside expert help from HR consultants. Bring them onto your team and get them to identify problems and work for solutions.

Sometimes, businesses that need to change aren’t in the midst of a full-blown crisis. But that doesn’t mean that change shouldn’t be treated as such. The problem with treating a turnaround as just a turnaround is that there isn’t a sense of urgency. Managers and workers will do only the bare minimum, and they’ll work in a slow, plodding manner.

If, however, you use the language of crisis, you’ll induce a much faster response. Employees will get the sense that their job is on the line and that they need to change the way they work in order to secure their future. As a result, they’re much more likely to take bold actions, Yakola says, and do things that will actually get the company out of a rut.

Use Technology To Prevent Crises

Physical damage and theft are massive issues for modern companies. That’s why they need to implement technology that helps crises from emerging in the first place. This includes installing things like sprinklers as well as implementing the proper security. Teaching a culture of security will prevent unnecessary damage to your premises.