Most Popular Sporting Events to Bet On

The popularity of sports is subjective. Sure, there are matters of fact, such as soccer being the sport of the world. But debating the popularity of many others is a less exact process.

Looking at the betting action on individual competitions and tournaments is one way to remedy this. It shows what people are interested in most—and where they’re most likely to to invest their money.

These sporting events don’t always come from the traditionally popular sports. The online betting sites will often offer more UFC lines than baseball odds, even though the latter is supposed to be of greater interest.

Scarcity of supply works in favor of the UFC when using our example. Major League Baseball hosts big-time games basically every day. Main-card UFC fights only take place, at most, once a month.

With all this in mind, what are the most popular sporting events by betting volume and betting volume alone? We’ve compiled a comprehensive list, using data we’ve culled from CNBC.com.

It should come as no surprise the top spot belongs to a tournament hosted by the world’s most overall popular sport. This quadrennial competition secured nearly 3.6 billion viewers when it last took place in 2018.

What’s more, it’s believed that more than $135 billion was wagered on the World Cup, with more than $7 billion of that money being bet for the final match between France and Croatia. That is an unfathomably high number, and it only reinforces soccer’s place atop the pro-sports pedestal. 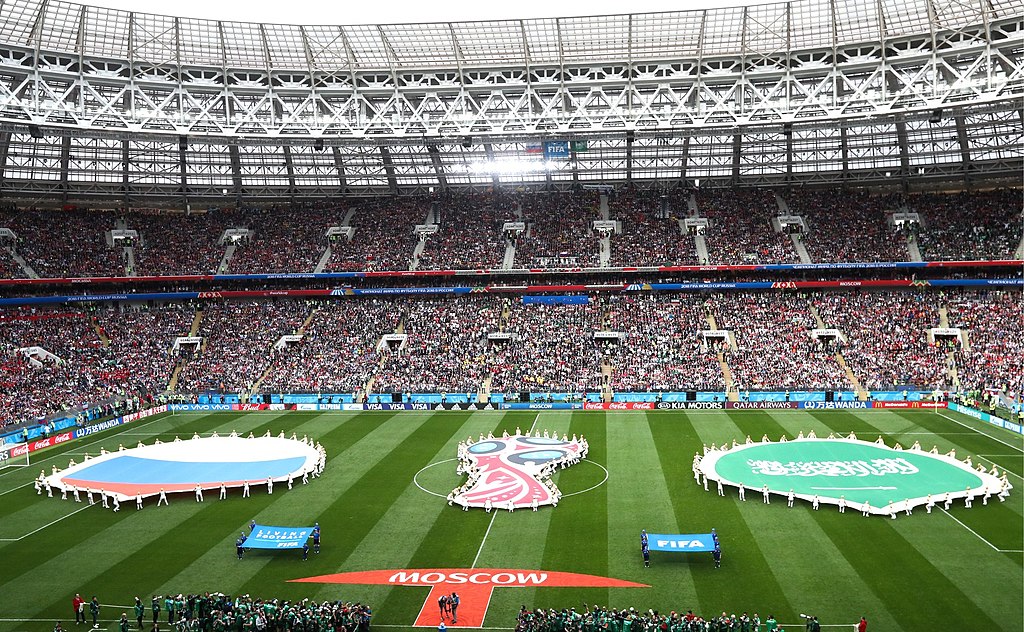 “FIFA World Cup” by Wikimedia is licensed under CC BY 3.0

Though baseball is considered America’s Pastime, the NFL is actually the most beloved sport in the United States. Not only does the Super Bowl typically draw more than 100 million viewers, but in the latest matchup between the Kansas City Chiefs and eventual champion Tampa Bay Buccaneers, it’s estimated that about $6.8 billion was wagered.

Contrary to other major events, investments in outrights and spreads are but a fraction of the bets submitted. For the Super Bowl specifically, gamblers are drawn to the prop wagers, which are essentially smaller outcomes within the game itself.

These can be anything. The over/under on the length of the National Anthem, the first player to score a touchdown, the number of passing yards a quarterback throws for in the first quarter—literally anything.

College basketball’s March Madness tournament is what you’d call a betting frenzy. People are drawn to the single-elimination structure of a competition that includes 64 teams. They can’t get enough of the randomness or the exercise in filling out a bracket.

March Madness is so popular, in fact, it appeals to bettors who know nothing about the sport. This is in part how you explain more than $305 million in wagers being placed during the 2019 tournament. (The 2020 tournament was cancelled due to the coronavirus pandemic.) 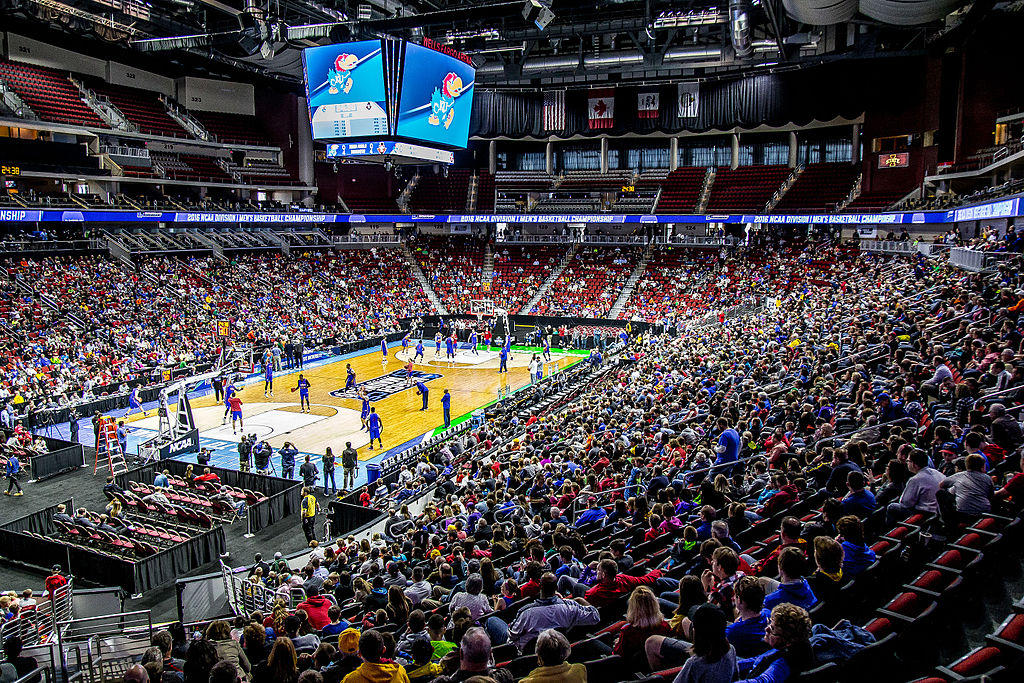 “March Madness” by Wikimedia is licensed under CC BY 3.0

Horse racing is considered a niche interest these days. It used to be so much more popular.

But the Kentucky Derby’s cachet endures. It isn’t just about the horse races, either. It’s about the culture surrounding the entire weekend—the parties, the uppity outfits, the bizarre hats. The Kentucky Derby has essentially rebranded itself as a way of life.

And guess what? It’s working. The last Kentucky Derby pulled in nearly $251 million in bets from around the globe.

The length of time that separates big boxing and UFC matches only serves to drum up more interest. It’s like we said before: The scarcity of supply works. It’s the same story for NFL football. Fans are smitten by the fact only 16 regular-season games are played per year.

Boxing and UFC also exist to balloon betting interest by virtue of exclusivity, as well. So many of the top matchups are on pay-pay-per view. And when you have to shell out money just to watch the outcome, you’re statistically more likely to throw more money down on the betting table, because whether you know it or not, you’re already both financially and emotionally invested.

Case in point: During the boxing/UFC crossover exhibition between Conor McGregor and Floyd Mayweather, a total of more than $100 million bets were placed. And that was just for one fight!