How to Keep your Star Employees from Walking out the Door 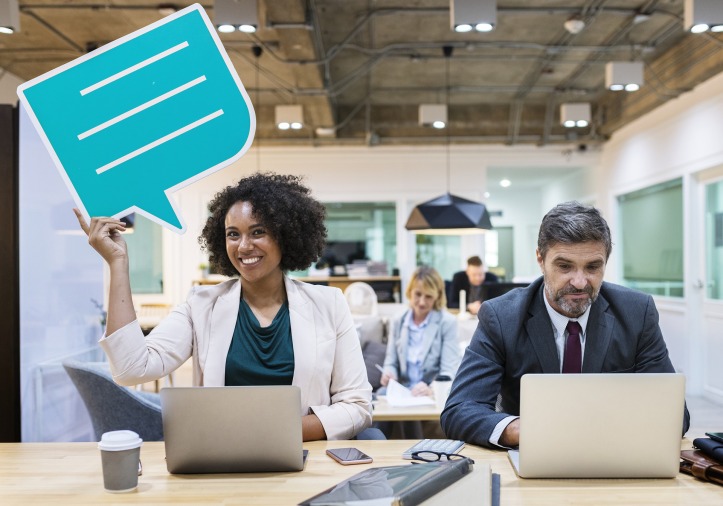 Have you ever looked at an employee and wished you had more of them?

Star employees do more than just do a good job. They exude a positive attitude and improve on tasks instead of simply finishing them. They go above and beyond and may even set higher standards for their work than you did.

Which makes it all the more heartbreaking when they leave. Heck, you can utilize all of the best recruitment strategies for making that star hire, but if you don’t make the right moves once they’re on board, you risk losing what you accomplished so far.

Training an employee can take anywhere from a few days to a few weeks. Training a star employee takes far longer and requires much more effort. Even the quickest-learning stars need to be guided and nurtured through their initial stages in the company and carefully managed to keep them happy.

According to a Center for American Progress study, replacing a highly educated executive can cost up to 213% of their salary. This doesn’t even count lost productivity. It’s estimated that it will take at least a year for a new employee to match the productivity of the person they’re replacing.

We’ve assembled a list of the best strategies for you to leverage:

This tip comes first because it’s the most fundamental. Know your star employee’s personality and capabilities. Know their behavior and what they value.

If you know this employee well, you’ll be able to catch any warning signs that they may have one foot out the door. More importantly, you’ll be able to intelligently choose the strategies below that have the biggest chance of working.

Everyone likes being appreciated, especially if they’re putting in 110% as star employees do. Make sure you recognize their contributions but don’t go overboard with the praise, otherwise it’ll sound insincere.

Your star employees are high performers, so don’t waste their talent on menial or low-level tasks. Assign them responsibilities that match their potential, and watch them shine.

Your star employees will be driven and proactive and don’t like to feel like they’re stagnating. Put them in a development program or give them increasingly challenging responsibilities so that they can build their professional skills. A sense of advancement beyond a mere job title change is key.

Appreciating employees is one thing, but helping them improve is another. Give them honest feedback about their performance — whether that feedback is good or bad. Make sure you present that feedback in a constructive way so that the employee doesn’t feel like you’re just coming down on them.

Star employees want to know you trust them, and the best way to express that is to give them a free hand.

That’s not to say you should let them do whatever they want. Set the broad strokes of what you want them to accomplish, and let them decide how they will get it done. Don’t micromanage! Let them run it their own way; the results might surprise you.

Your star employees are stars because they’re smart. Don’t smother that. Give them the opportunity to voice their opinions, ideas, and feelings about your company and its operations. And — this is the important bit — don’t punish them for voicing an opinion you don’t agree with.

If they are truly stars, then they have the best interests of the company in mind. Dig deeper into their opinions and check your own biases to ensure their point of view is given a fair chance.

No matter what they might say (or you might think), salary is important to your star employee. Don’t wait for them to complain or ask for a raise. Be proactive and show your appreciation by making sure they are paid handsomely for the value they bring to your company.

There is absolute truth in the phrase “employees don’t quit jobs, they quit their manager.” It’s way too often that star employees give up on a company because of how their manager operates or for something their manager did, intentional or not.

Strive to be the best manager you can be — not just for your star employee, but for everyone on your team. And when you make a mistake (and you will make mistakes) own up to it. Your employees will respect you more than if you tried to shift the blame or pretend it didn’t happen. Be a consistently great manager, and soon all of your employees will be stars and nobody will want to leave.

Mark Lewis is the Co-Founder and CEO of HelloCecil, a SaaS-based automated video interviewing platform. Mark has some serious HR chops after twenty-five years in the trade. In the early days he was Sr. VP, Business Affairs and Human Resources for an international publicly-traded company.  Later, he owned a health care business in Los Angeles where he hired, trained and managed hundreds of team members.