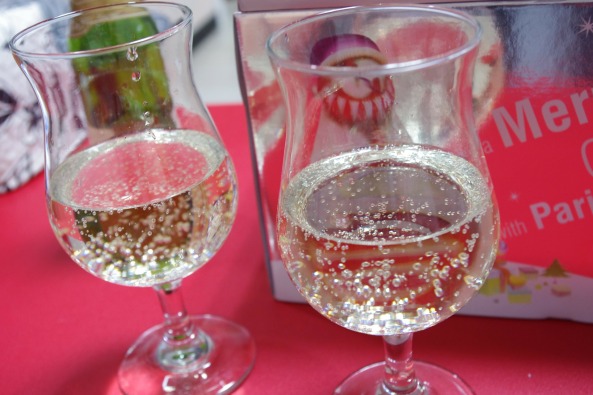 Christmas is traditionally a time when people start to wind down at work. Plans are put in place for the New Year and we begin to look forward to festivities such as Christmas parties. This is obviously a happy time, but it can be easy to get carried away in the spirit of the season.

It is not unusual for employees to find themselves with disciplinary action after the festive period is over, relating to behaviour at the employer’s Christmas party. From an employer’s perspective, the Christmas parties and gatherings can be a balancing act between giving the staff free reign and keeping a lid on the frivolity. The elephant in the room is clearly alcohol, but employers are unlikely to impose a ban even if it is the cause of so many disputes.

Thomas Mansfield decided to visualize some of the instances of employee misconduct that they have advised on, that arose from Christmas parties, and offer advice for employers that hope to avoid getting into hot water this festive period.

A Christmas party, or indeed any work-sponsored social event, is an unusual hybrid. On the one hand, employers are keen to reward staff, whilst seeking to maintain order, standards of behaviour and safety on the other.

At the same time, social events are likely to involve alcohol, which can present problems when it comes to maintaining a professional level of responsibility. Snap decisions can be made – a promise of a pay raise over a drink in the bar, or at worst, instant dismissal, would be unlikely to stand up in the cold light of day. These are both scenarios in which the end result is rarely pretty for either side.

Another feature of alcohol-fuelled events can be sexual and other types of harassment. A hand in the wrong place or a word said in jest can have unforeseen consequences the following day and leave an employer (and the perpetrator) with more than just a hangover. Meredith, from Thomas Mansfield adds, “I once had a client that found themselves being sued for sexual harassment at a Christmas party. They ended up spending more than £27,000 defending the claim – I think that might be the most expensive Christmas party they ever organized!”

One of the biggest legal bear-traps is whether misconduct at a party amounts to behaviour ‘in the course of employment’, and whether the employer’s policies capture it. “Let’s say a fight breaks out between two party-goers – this may invariably give rise to disciplinary action, with the employer taking action against one or more of the individuals concerned. However, imagine if a member of the public then became embroiled in the fracas and is injured. What then? In these circumstances an employer may be ‘vicariously liable’ for the actions of the employee, even though this was at a social event outside normal working hours and when an employee is apparently ‘off duty’.”

In this way, an employer may even have a duty of care to third parties, particularly in the context of personal injury. This position is, however, far from clear in the context of employment law since the repeal of third party protection arising from discrimination.

Dismissal on the dance floor

Another key point to remember is that, as an employer, you can’t simply say “you’re fired” (despite what Lord Sugar has led you to think…) and leave it there. In fact, you’re likely to end up with a finding of unfair dismissal on procedural grounds. However, if the behaviour were severe enough, the employee would not necessarily end up with any compensation. If the employee’s conduct is sufficiently culpable or blameworthy, then compensation can be reduced by up to 100%. It is also open to an employer to argue that even if it had followed a fair procedure, that this would have made no difference to the case’s outcome. This does not render an otherwise unfair dismissal fair, but again, it can effect compensation.

If, however, an employer cries dismissal in the heat of an alcohol fuelled moment and then comes to regret the decision in the cold light of day, there may be difficulties in simply recanting the outburst.

Meredith Hurst, a partner at Thomas Mansfield, explained that “it is not always open to an employer to simply retract a dismissal. The reason for this is that a dismissal cannot be unilaterally withdrawn. Mutual agreement is required and, in such a case, an employee may feel that the relationship is beyond repair.”

In any case, if a Christmas party is planned for the coming weeks, there are a few things you can do to make sure things run as smoothly as possible. Taking a few precautionary steps in the run-up to the work event can ensure that reasonable measures have been taken to maintain compliance.

As Meredith suggests, “an important factor for employers is to gently remind staff in advance of any social event – particularly those occurring off site – that even though this is a social event they still represent the employer, and to remind them of the existence of drug and alcohol misuse policies, without putting the dampeners on the whole thing. In the vast majority of cases, trusting staff to act in the right way can reap its own rewards.”

The key is to strike a balance between encouraging personal responsibility, trusting the staff to be responsible independently, and gently reminding staff of the consequences of bad behaviour. Couple this with a strong contract and set of policies and you’ll be in the best position to deal with, or avoid, any problems during the festive period.

Thanks to Thomas Mansfield for this post and all the images on what employees should not do during this festive time and for explaining some of the responsibilities and requirements of employers.